As President of the Whole Brain Health Initiative I organize our team meetings, facilitate goal setting and help with team building.  I also create the Fitness Trivia video series and help out wherever else I’m needed!  After getting my BS from the University of Michigan I ascertained a Doctor of Chiropractic.  During and after Chiropractic College I enrolled in post-graduate training in ‘Functional Neurology’ which is a natural approach to optimizing the nervous system.  I’m also an ACE certified Health Coach.  I believe that communication is an extremely important skill set which is why I’ve done about 6 years of Toastmasters International (public speaking and leadership organization).  While in Toastmasters I was lucky enough to win a multitude of public speaking awards.  My goal is to optimize the health and happiness of as many people as possible (including myself).

I founded WBHI along with Charles Hall in 2017.  I felt the need to start this organization because there is a massive gap between knowing what’s good for the brain and actually doing it.  By combining behavioral change psychology along with brain health science there is a massive opportunity to help many people and this excites me.  I really enjoy feeling the synergy with the team and the positive impact that it has on people’s lives.  I hope to see WBHI helping millions of people profoundly enhance the quality of their lives and catalyze the incorporation of effective behavioral change psychology into health care. 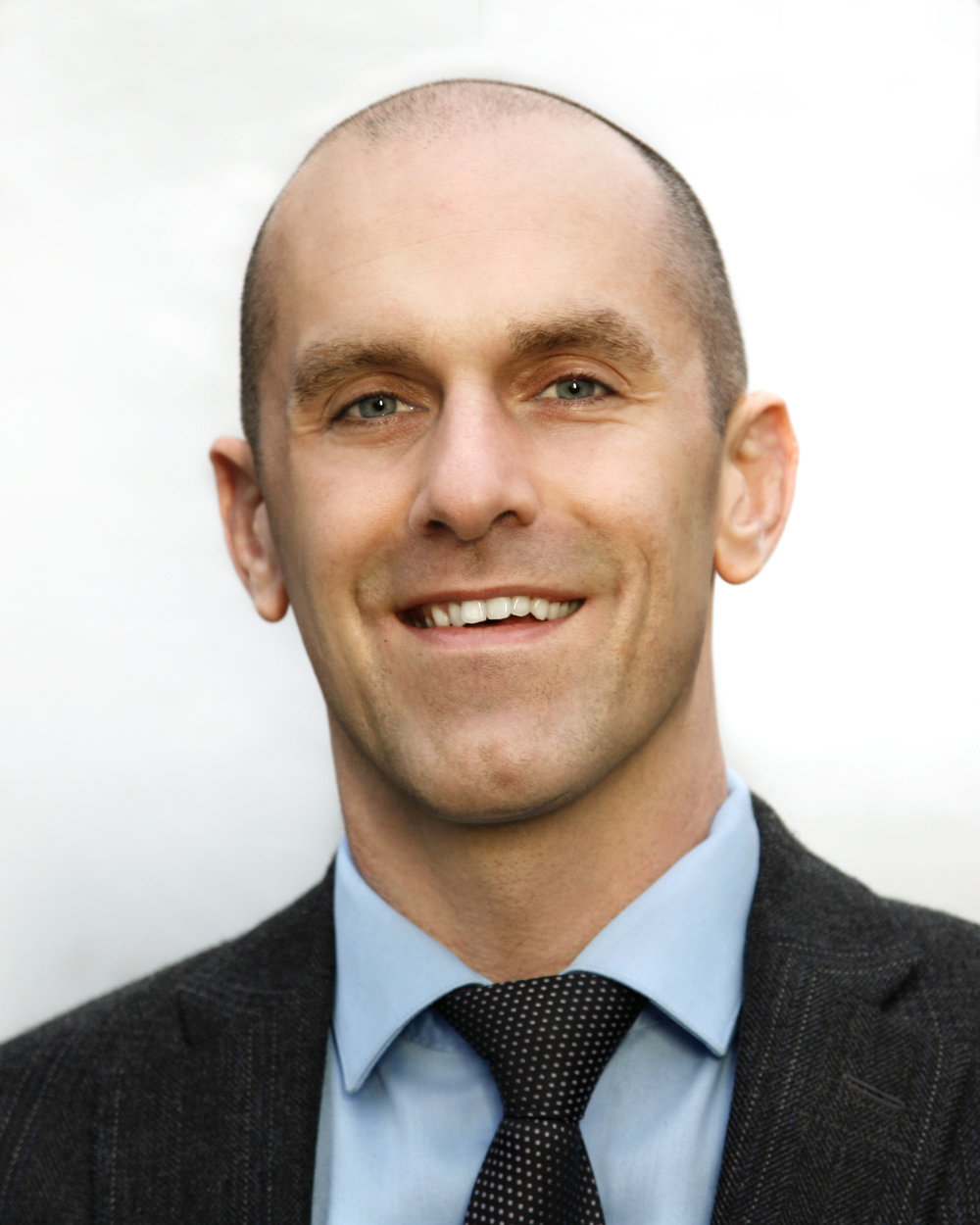 Charles is originally from the San Francisco Bay Area and grew up in San Jose California. At his first job as a Psychiatric Nurse at a Mental Health and Rehabilitation Center in San Jose, California he saw first hand how life is for those with very poor mental health. After leaving nursing he became a Certified Professional Health and Wellness Coach. His main insight through this process was that ‘information deficiency’ was not the problem. The best application of information was needed to help others thrive in their health. In his next step to help others prevent the problems he saw as a nurse he brought in health professionals such as naturopathic doctors, individuals who had healed their bodies and minds, chiropractors, and therapists into the South Bay Energized Life Forum. After that venture came and went he began to work with one of the speakers from that forum, Dr. Stephen Cain (current president of Whole Brain Health) and they created what is now the Whole Brain Health Initiative Organization which has successfully helped dozens of communities and hundreds of individuals redesign their brain health lifestyles.

-3,000+ hours personal studies into health and wellness education – 2008 to Present

-Certificate in Professional Health and Wellness Coaching from HealthCoachingU – 2010

-Bachelor’s of Art in Global Studies from UCSB, graduated with Honors – 2007 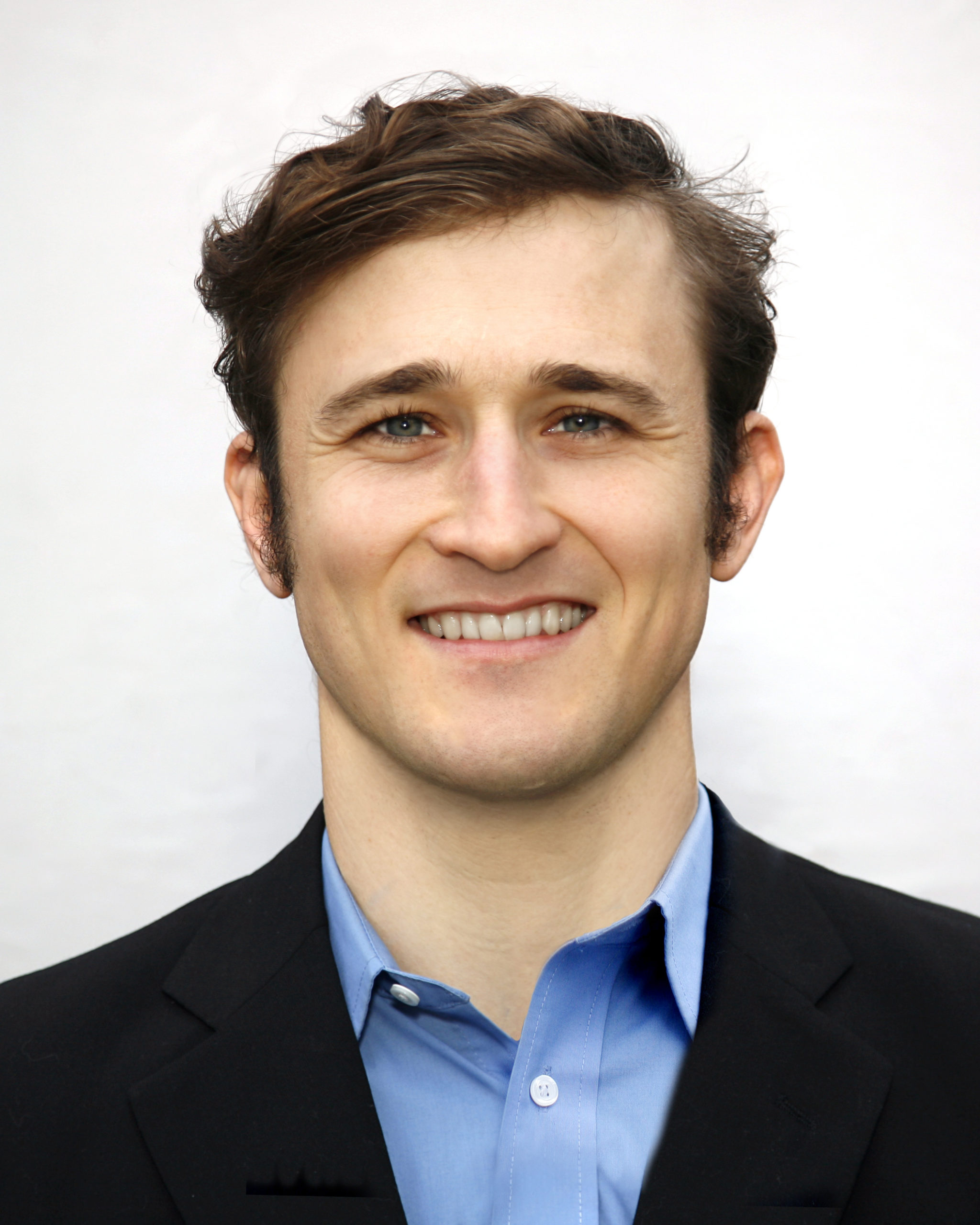 Dr. Janani Dhinakaran is a Program Director, Health Coach Lead and Facilitator at WBHI. She has a PhD in Neuropsychology, a Masters in Neuroscience and a Bachelors in Biological sciences. She is also a certified Lifestyle Coach and has experience and training in teaching Brain Fitness, StressLess, Qigong and YMCA’s CDC Diabetes Prevention Program. Her aim is to make ever larger impacts in the field of Preventive Health and to create a community that is empowered and proactive about their own health.

Dr Dhinakaran founded Rise in 2016 and was practicing as a Mind Body Health Coach and Wellness Speaker when she was invited by Steve (WBHI’s Founder) to join the team to advise on the Neuroscience content. She started as a Brain Club facilitator and quickly grew to take on the additional roles of Program Director, and Health Coach lead. She is an active Health Coach herself and is creating a Brain Health Course Series which expounds upon the various lifestyle changes that aid in keeping the brain healthy. She enjoys the challenges of growing a cause driven organization and the talented people she works with. She looks forward to the day where WBHI helps people internationally take on a lively and enjoyable path to better health. 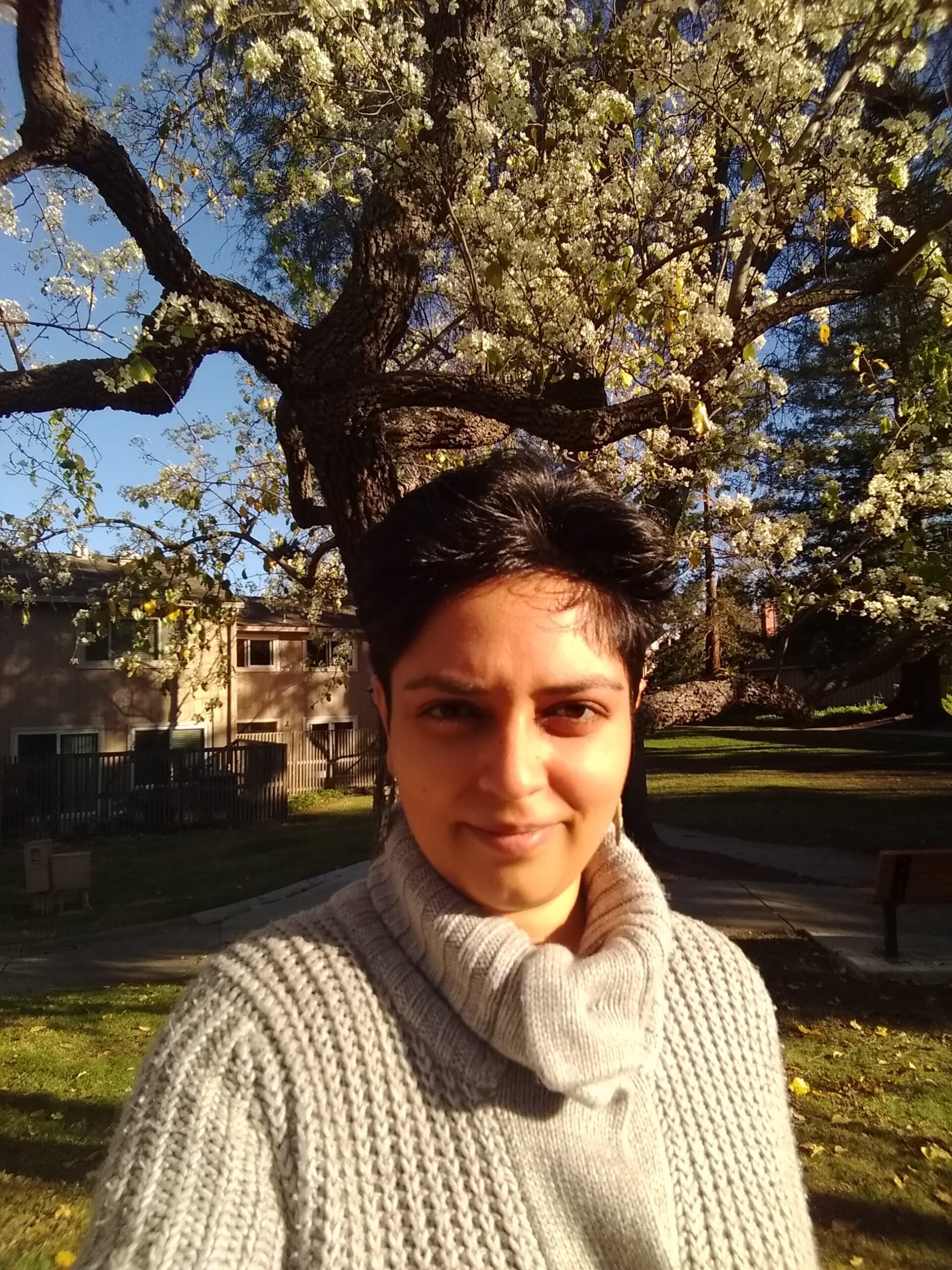 Maria is current in maternity leave and has a Masters in Neurocognition, Education and Learning at the Institute of Educational Links with the thesis of: Dance therapy, an alternative to decrease stress-anxiety levels in adolescents for better school performance. She also has a Masters in Theology from the Pontifical University of Mexico. She received her bachelor’s degree in Psychology from the Universidad del Valle de México.

Her professional objective is to promote spaces that lead to reflection, where deep self-knowledge is allowed to be generated, guiding students and patients to seek the beautiful, the good and the true.

She has also taught at various Universities and Institutes at the bachelor’s and baccalaureate levels. Subjects include: Psychology, Selected Topics of Family Orientation, and Humanities.

She has conducted dance therapy workshops with associates and employees to reduce levels of anxiety and stress. She did this as an international volunteer at Concordia AC in the city of Amiens, in France, and at the Institute of Neurosciences of Stanford California, with the project “Dance to Remember.” 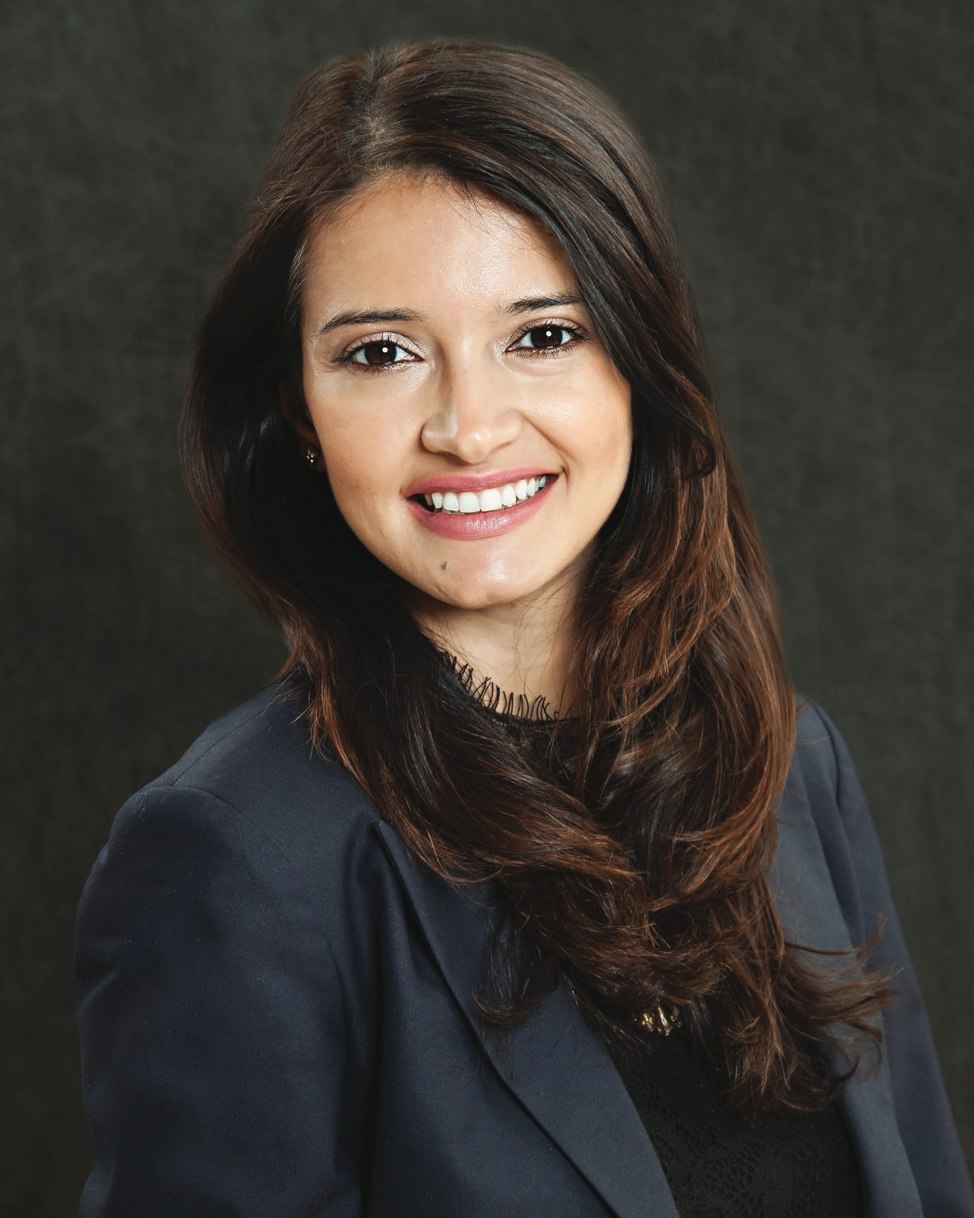 Dr. Amrita Sharma is the Lead Program Facilitator at Whole Brain Health Initiative. She has a PhD in social Psychology from India. Her research topic focussed on deep understanding of Aggression and development of Self-Concept among adolescents. Her Master thesis explored the topic of Emotional Intelligence at college level students. She also has published papers in various journals. She did a Research Assistantship at Stanford university on Emotional Regulation in children with Autism/ADHD. She also supervises and writes for the WBHI blog. 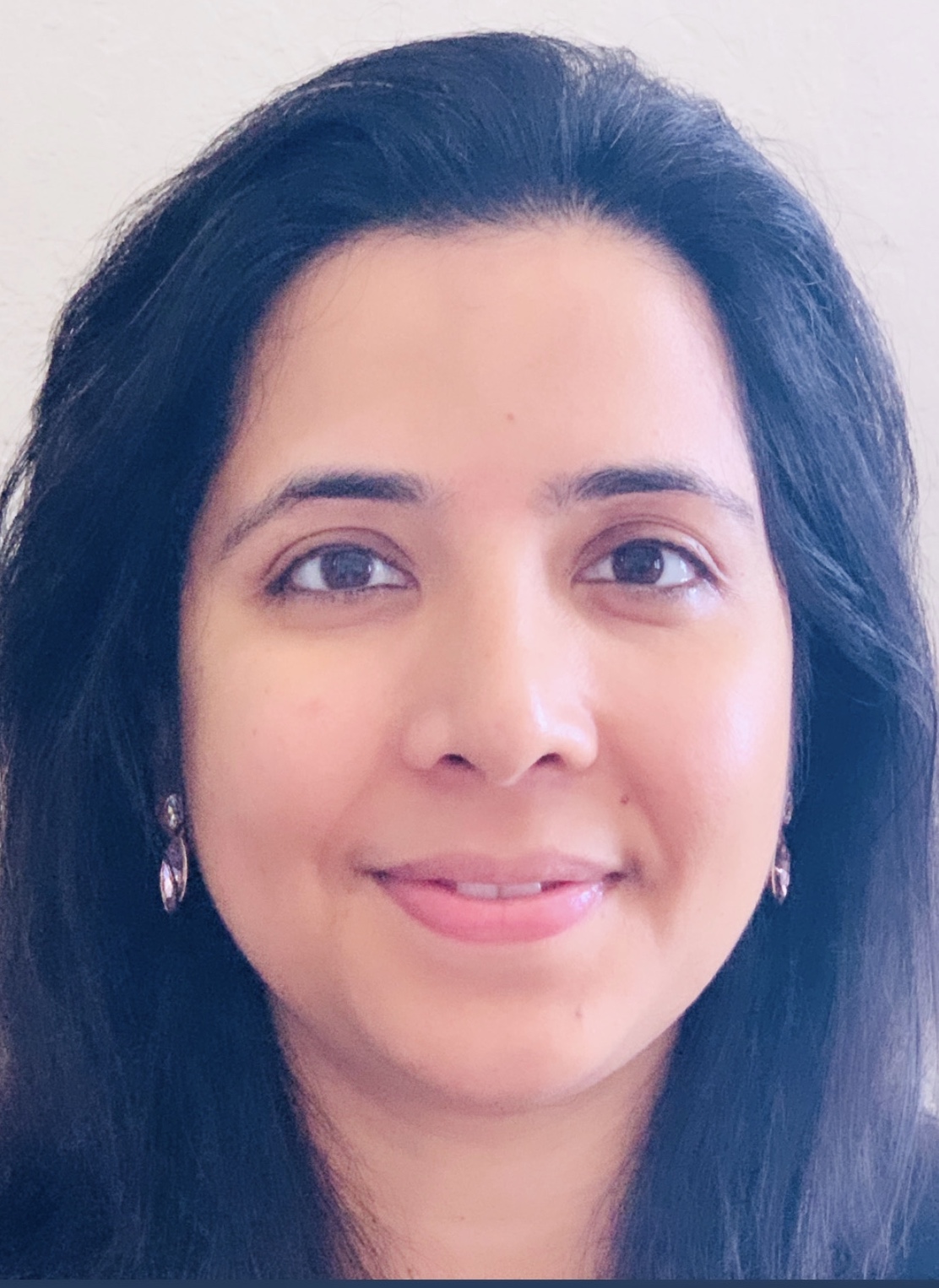 I am a trained holistic health coach, working alongside the Whole Brain Health Initiative. My clients are referred to me when WBHI feels I can be of service to a client. I create a supportive environment that enables clients to articulate and achieve their goals. We explore basic improvements, and implement gradual changes that collectively accumulate and create a much larger impact than originally anticipated. I work on what the client wants to improve within the circumstances of their unique situation. For example, if there is a weight concern or a relationship concern be it with people or food, I briefly explain how not only food but how lifestyle affects our health. Also mentioning that our careers, our finances, our spiritual and even how much having fun, creativity or physical activity all can affect our health. I mentor, guide, support, and empower clients to set goals and make sustainable changes that improve health and happiness. I was professionally trained and certified by the Institute for Integrative Nutrition in 2019. In the past I was a certified medical assistant for seventeen years and I was a licensed Realtor for eight years. Also for fun I taught painting and cake decorating for ten years. I just love helping others. I have been in private practice since graduating from IIN, I have volunteered my coaching to some clients along the way. and also have run a Mastermind Group for health coaches. I have been an accountability coach and I have a Facebook Group for people 50 years and older. In my group I post my positive and inspirational videos that can improve anyone’s health and wellness. I love posting pictures and recipes of healthy foods I personally eat. My website is ABCsofHealthWellness.com. Also I am an author writing about my experiences in caregiving and hospice due to diabetes. My goal is to teach groups of clients on a weekly basis via live calls.

My greatest achievement is the satisfaction of seeing the improvements in a clients health and wellness through coaching I came to work with the Whole Brain Health Initiative by being referred and introduced to Janani Dhinakaran by a colleague of mine at IIN who wanted me to share in his work at WBH. After being interviewed by Janani I have had the honor and privilege of working with WBH clients. The entire team at WBH is a pleasure to work for. Their support and positive goals in helping improve brain health is amazing. I look forward to a continued long lasting relationship with WBH in helping meet their goals in improving brain health. 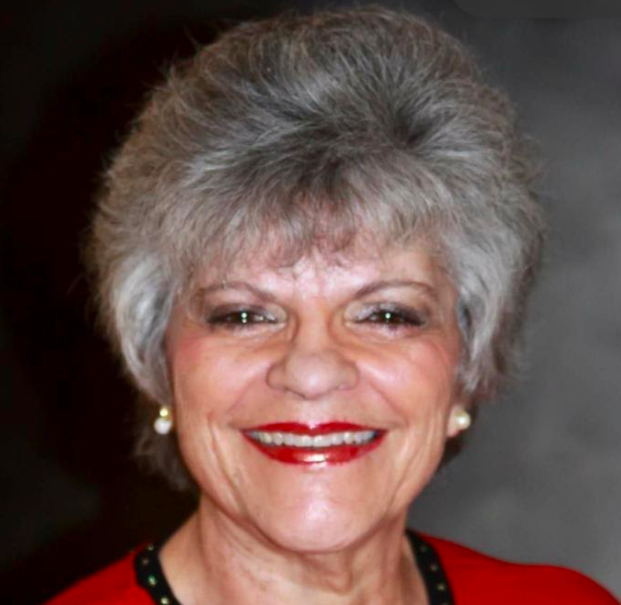