Learn about the Brain 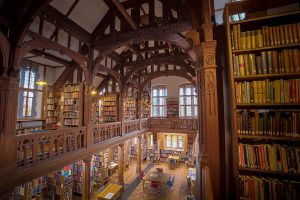 Why is the human brain the most complex thing in the Universe? Just to start the amount of processing units or cells in the brain is astounding. The brain has anywhere from 50 to 200 billion neurons (brain cells). If the brain followed the same storage logic as a computer, the brain could hold about 10 trillion bytes or 10 terabytes of information! (about 10 bytes per brain cell!) That’s about the amount of space on a computer to store 16 million novels!

How does the Brain Communicate to Itself and the rest of You?

Within the brain, certain chemical substances, called neurotransmitters, regulate the brain’s billions of brain cells and the information that runs between them. Complex sensations involved with mood, cognition, working memory, reward and happiness have direct and indirect relationships to these chemicals. Some of the most influential neurotransmitters in the brain are glutamate, acetylcholine, dopamine, and serotonin. These substances are notable indicators of how and where activity takes place within the highly complex human brain.

Acetylcholine is an important neurotransmitter and acts in the rewiring of neurons, arousal and reward. Neurons, or brain cells, like all other cells in the body, are not static but ever changing. As a whole, brain cells have what’s called ‘plasticity’ or the ability to change their connections. While one is learning, acetylcholine plays a part in the wiring of the brain. According to Norman Doidge M.D. in the book The Brain that Changes Itself, “Laboratory studies have show that rats performing difficult spatial problems versus rats performing simpler problems have higher levels of acetylcholine.” When the rats are learning complex tasks acetylcholine is present. Further more, Doidge states, “Acetylcholine helps the brain ‘tune in’ and sharpen memories.” In this instance, acetylcholine acts as a sensory enhancer so that your brain can take in more information enhancing memory and memory formation.

Furthermore, acetylcholine is what can be considered an “essential neurotransmitter” because it cannot be created by the body and must be obtained from the diet in the form of choline.

AI (adequate intake) as deemed by the U.S. National Academy of Sciences is 425mg per day for women, and 550mg per day for men. If an inadequate level of choline in the diet is not consumed muscle and liver damage are may ensue.

Another neurotransmitter in the brain is glutamate or glutamic acid. Glutamate is present in almost all cells of the brain and eighty percent of the brain’s volume is made up of cells. As with acetylcholine, glutamate contributes to the ‘plasticity’ of the brain and helps with the creation of new synapses as a result of learning. When glutamate is released outside the brain cell it becomes toxic and breaks down nerve tissue paving the way for new connections. However, if there is too little glutamate new connections are not made as effectively.

Getting glutamate in your body is not difficult. Glutamate is a non-essential amino acid and can be produced by the body. When it comes to one’s diet glutamate is easily included. Anything with protein in it has glutamate. However, 95% of dietary glutamate is used by cells in the intestine.

Dopamine participates in the reward giving system of the body. In Norman Doidges’ book, The Brain that Changes Itself, he states, “Dopamine induces excitement, puts us into high gear, and triggers sexual arousal.” When it comes to doing something that we perceive as good, necessary and beneficial, we get a little bit of dopamine in our brains a feel a physical feeling of wellness.

On February 22nd 2012, Gary Marcus, a New York University professor of psychology, talked about his book, Guitar Zero, on a radio interview with National Public Radio. Marcus reminded us that the brain likes patterns but at the same time likes novelty. For example, if we were to hear a drum beat and recognize a pattern our brain would reward us with dopamine. However, when we get used to the pattern we no longer produce a reward. We can’t be stimulated for the whole duration of the drum beat. But, when we hear something new our brain goes, “a-hah!” and gives us a reward of some dopamine. In this way we are learning with little chemical rewards. Dopamine is involved with the following as well: behavior, cognition, voluntary movement, motivation, punishment, reward, sleep, mood, attention, working memory, and learning.

To get dopamine into our body is not easy. It is not easily acquired through the diet because it does not pass through the blood brain barrier –a tightened network of blood vessels that begins once you reach the brain via the blood system. For example, if you ate fava beans, the dopamine would not reach the brain. However, a bean variety called muca pruriens has a component to it that passes the blood brain barrier and turns into dopamine, thus possibly giving us that reward sensation.

Another important neurotransmitter that contributes to our brain’s complexity is serotonin. Amazingly, serotonin is found in all living things. Serotonin is a versatile substance. In the human brain it is the chemical that relates to feelings of well-being and happiness. In the human body overall, 90 percent of serotonin is found in the gut and is used to regulate intestinal movements. The rest of the serotonin in the body is made by neurons in the brain. Serotonin, plays a part in functions like: mood, appetite, sleep, thinking, memory and learning. Serotonin is a little different from the other neurotransmitters in that it can be received by dozens of different receiving mechanisms called receptors in the brain. When one gets a given source of serotonin in the body it can stimulate various combinations of mood, appetite, sleep, thinking, etc. Serotonin can affect a variety of human functions and is one of the more notable neurotransmitters to observe to help understand the brain’s complexity.

Get some of this…

Serotonin, unlike dopamine, is more easily available to humans through the diet. Some foods that give the body means of producing serotonin are dates, papayas and bananas. Foods that inhibit the production of serotonin are wheat and rye bread. Serotonin is also produced in proportion to the amount of sunlight we get. According to a research publication called, “Effect of Sunlight and Season on Serotonin Turnover in the Brain” published by the U.S. National Library of Medicine, “the rate of production of serotonin by the brain was directly related to the prevailing duration of bright sunlight.” Basically, the more direct sunlight we get the more production of serotonin in our bodies occurs. (Ever wonder why we look forward to the spring and summer? More sunlight is part of the reason!)

There are many substances that exist in the brain that relate to specific feelings and specific activities in the body. Acetylcholine and glutamate assist in learning functions and cell connections. Dopamine encourages certain activities by giving you a chemical sense of reward. Serotonin helps one feel the sensation of happiness. All of these neurotransmitters have been found to participate in the brain chemistry when we are learning.

Even though this might sound like really important information for your well-being, it’s not going to help you with everything. These neurotransmitters are only a part of the vastly complex soup of chemistry and electricity that makes up the physical human body. But we can better the mind. We can understand these important substances in the brain. For example, without adequate serotonin we are incapable of feeling happy, chemically speaking. So understanding how to you can affect your chemistry through diet and exposure to sunlight (in the case of serotonin) is important. If we can better the mind then we can better the body and therefore our lives. So help stimulate your brain for the better! 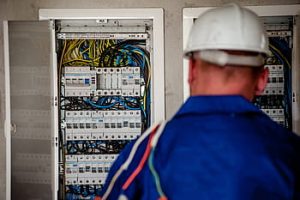 To help illustrate the role of each neurotransmitter think of an electrician working on the electrical wiring of a house or a city block.

First of all, if there is some wiring that needs to be done in a building or house you need an ‘electrician’ (acetylcholine). The electrician uses his tools to help with wiring, and can make electrical connections so that the lights turn on and off, the air conditioning works, and the alarm system works. In this case, the electrician also has an ‘assistant’ (glutamate). The assistant is there where the electrician goes and also helps with rewiring and electrical connections. The assistant is not a professional yet and only gets a certain amount of training each day. Not too much or too little. The reason why the electrician get’s up in the morning is because he has a degree of ‘motivation’ (dopamine). He does his job because he knows how to fix something and can fix other related things (recognizing the pattern of such needed repairs). He also has motivation to fix something new and challenging (like maybe a cloud computing system or an a company server). Fixing something new helps the electrician overcome the monotony of fixing the same problems over and over (reward for novelty). After his work is done the electrician feels ‘bliss’ (serotonin). The electrician feels happy for repairing something and having a sense of worth.

Thanks for reading! Want to help Whole Brain Health?

You will pay nothing extra, and Whole Brain Health will get a small kick back to help us create more programs, that create the best and most fun brain healthy lifestyles for seniors!